A muscle up training tutorial has always been something that I couldn’t find online. At least not something that would finally teach me how to do a proper bar muscle up. So finally this summer I got serious about training the muscle-up, among a few other exercises. This article is the result of my experience.

So the question is: why should you bother with the muscle up? Well, it is a complete upper body in itself – the only thing you need is a bar. Getting good at the muscle up will give you an awesome physique. I am convinced that the men with the best upper bodies are the ones that are freaky strong at bar or gymnastic type training.

Besides, mastering this bad boy is plain old fun. Fact is, very few people who workout will come close to doing the muscle up. It’s a shame really.

Here is a video we shot recently showing the muscle up and some tips. I had to do it on a soccer goal cause the pull-up bar was drowned by a recent rain storm. This made it more challenging, but the cool thing is that you get to see the exaggerated swing forward and the timing.

So What Exactly is the Muscle-Up

Well this is a complex move where you pull yourself up from a hanging position. But instead of pulling to your chin, throat or upper chest, you actually pull as low as possible and flick your arms at the top of the move as you end up in the low position of dip. Then you pushup.

Easier said than done. Most people will attempt a pull-up and then try to transition on top of the move. That’s NOT how it’s done. 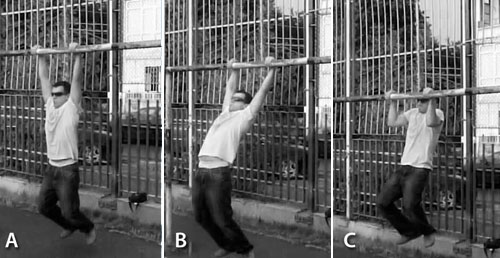 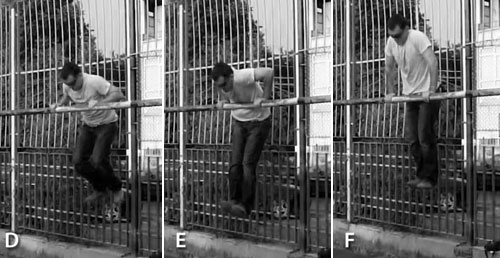 Finally, here’s another video I find online. This one is really comprehensive and also does a great job of explaining the role of the kick with your legs.