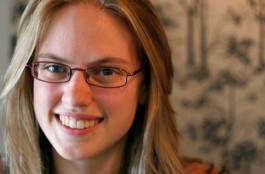 A few years ago I was reading this book called Ultimate Diet Secrets from Dr. Gregory Ellis, a nutritional expert. The book itself is a very detailed explanation of the process of losing fat.

On a side note, smart and cute girls hate it when guys get fat and bulky LOL. No seriously, they hate it. Back to Dr. Ellis: He details energy metabolism at a cellular level and offers a practical way to lose weight with a low carbohydrate diet (under 100g of carbohydrates per day), as well as some energy shortage from eating less and exercising a bit more.

The author had interwoven his personal fitness story in between the dry biochemical background. So anyway, what reminded me of this book was the author’s physical culture journey. There are two types of people who develop a keen interest in the workings of the human body.

The First Kind Are Folks Who Are Natural Athletes

They have been always active and have always enjoyed sports. Their interest in the workings of the human physique is just a natural development from their love of all things athletic. Now, there is also another kind of people who become obsessed and fascinated by the way the human machine operates.

VIDEO: The Secret to Washboard Abs

These are the ones that didn’t start out as naturals. For example, Bruce Lee used to have a big belly. The embarrassment for a young guy to look so bad pushed him to train hard and chisel probably the most famous six pack abs in history. Dr. Ellis was from the second group of fitness enthusiasts. I can say the asme holds true for me too.

Overweight as a Kid 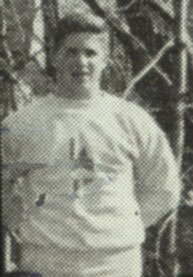 Dr. Ellis put on a lot of weight after the situation at his home became extremely stressful. That led to his fascination with physical culture. He wanted to lose the weight that he had gained. Eating was probably for him a defense mechanism the way it is for so many vulnerable children or young women.

Above – Dr. Ellis as an overweight kid. Emotional eating wrecked his body. He lost the weight and started lifting regularly to become better built.

In his early 20s Gregory Ellis was following the popular method of eating like a pig in order to gain some muscle mass along with the tons of fat that come with massive increases in weight. He acknowledges this as a big mistake.

When you gain weight, your fat cells grow in size. When you lose weight – they shrink. Now, past a certain level, you cannot gain more weight without getting some new fat cells.

Here is the catch. When you lose the fat once again, your newly formed fat cells will remain in your body. The truth is, unless you get a liposuction, you can’t get rid of those suckers – the new fat cells.

But here is more. The more fat cells you’ve got. The easier it is to get fat and the harder it is to lose that fat. So once you spawn yourself some new fat cells, you’re going to have them for life.

When you are fatter, you will always look worse. I mean, who would willingly spend large chunks of his life looking worse in order to supposedly maybe look better in the future. Crazy, I know. But that is what the practice of bulking up for muscle gain is.

Bulky dudes look corny. To the left – Dr. Ellis in all his bulky “glory.” When guys add muscle by eating tons of food, they get bigger, no doubt. But mostly they get fatter. Layers of goo cover their upper body and they look big as a wardrobe when in clothes.

But at the beach or in bed with their girl, they have rolls of fat around their waist. It’s hypocrisy really, because other see them and consider them fit and strong when in reality they are fat and strong.

The Fatter And Heavier You Are…

…the more you suck at sports! Not that the huge fat guys care, really, but the bulked up build is a disaster when it comes to playing sports. It’s like trying to sprint with a backpack full of rocks. Except you can’t take the backpack off. Life’s too short not to cherish beautiful things like the joy of playing pickup basketball, beach volleyball or surfing, etc.

Because the female hormone estrogen feels excellent when there is lots of fat, the chubbier you get, the more estrogen for you. Bad news, because this means less muscle.

Recent findings show that fat comes back quickly after liposuction. The study was first published in the journal Obesity and concluded that weight is regained after a year with the patient accumulating fat in places where the procedure was not done. Sites that have undergone the plastic surgery procedure remained fat free.

Hopefully I’ve discouraged you from gaining muscle by eating like a pig or losing the fat you gain with such risky procedures.